What Are Bone Saddles? 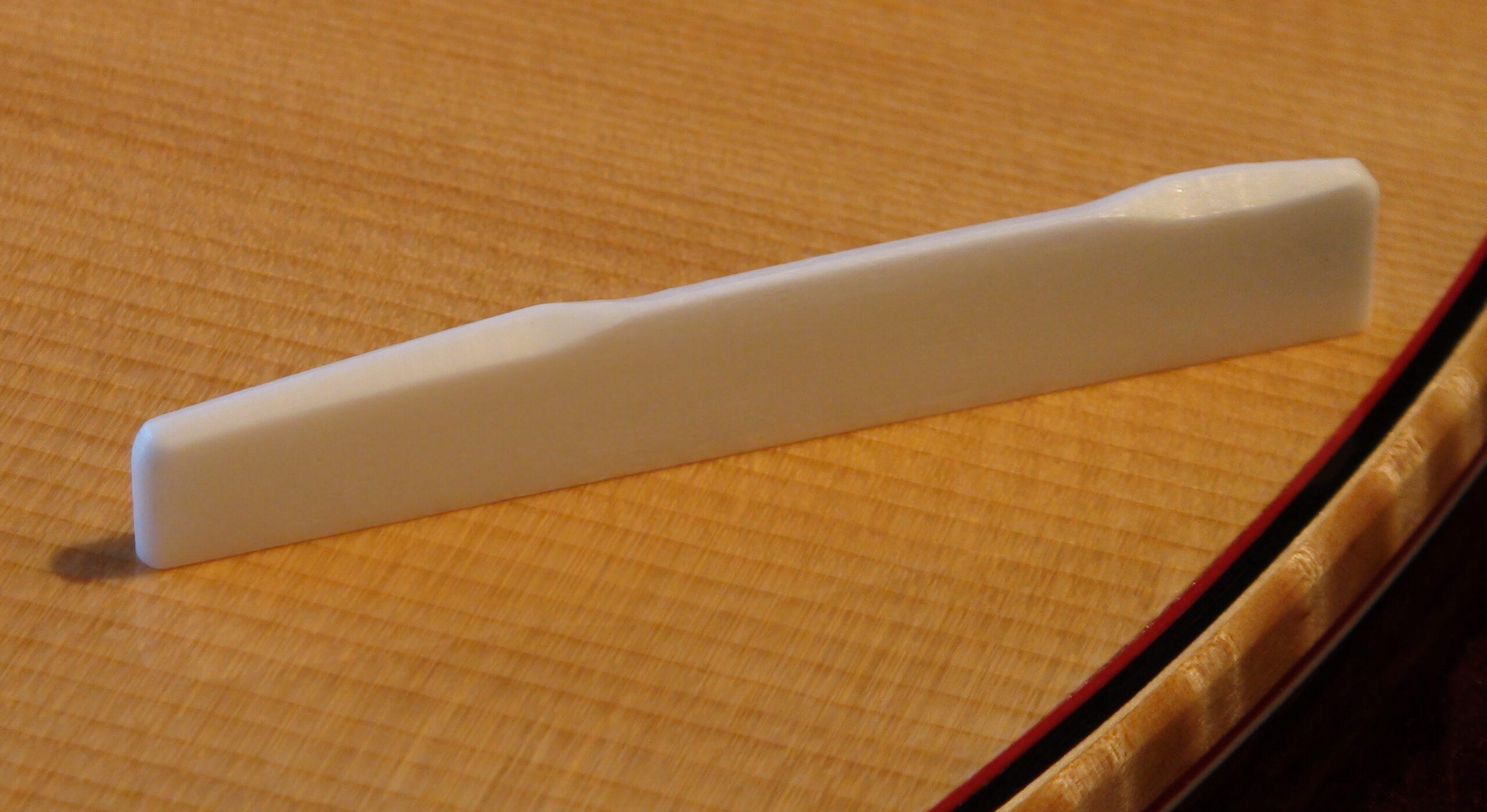 Among replacement parts on a guitar, after the strings, a saddle will have the most notable effect on acoustic guitar tone. So, what exactly are bone saddles? The saddle is the strip of hard material set into the bridge that lifts the strings to the desired height. The saddle plays a key role in tone because it transfers string vibrations to the bridge, which then flows to the guitar top. Luthiers traditionally used bone, which is now almost always used on higher-end guitars. Bone saddles typically come from cow (bovine) bone, although luthiers sometimes use bone from other animals.

Guitarits prefer bone for many reasons, including the following:

Furthermore, bone contains a touch of natural fat content. This provides subtle self-lubrication for the strings, which will slide smoothly during tuning.

So why do so many beginner acoustic guitars come from the factory with plastic? Let’s look at the drawbacks of bone for manufacturers. First, guitar manufacturers will find bone more expensive than plastic. However, many beginning guitarists have not yet developed the ear to distinguish the tonal differences. Additionally, beginning guitarists may not know about the preference for bone among guitarists. As such, for a guitar manufacturer building beginner guitars, using bone introduces an increased expense that their customer base will unlikely pay more for.

Also, guitar manufacturers might use man-made material saddles for acoustic-electric guitars with an undersaddle pickup. Lower quality bone saddles can have dead spots that do not properly transmit to the undersaddle pickup. Higher quality bone saddles will rarely have such issues, but prove more expensive than plastic saddles, and thus not cost-effective for guitar manufacturers.

Next Up: Are All Acoustic Guitar Saddles the Same Size?